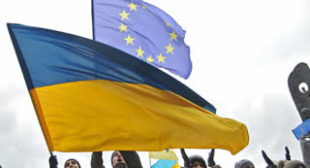 The European Union has toughened its visa regime for Ukrainians as verification of applicants’ documents in consulates has become more rigorous and the number of refusals for multiple visa claims has rapidly increased, Kiev-based newspaper Vesti wrote.

Even those in Ukraine willing to travel to the Euro-2016 in France are now seeing their visa applications turned down even though the EU earlier promised to facilitate the issue of Schengen visas for those with tickets to the games.