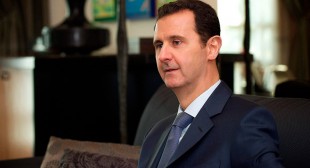 London’s air operation against Islamic State in Syria is illegal and therefore will not be successful, like the bombing of the US-led coalition in the country over the last year, Syrian President Bashar Assad said in an interview with The Sunday Times newspaper.

The support of the British parliament for the air operation in Syria advocated by Prime Minister David Cameron cannot change the fact that the presence of the Royal Air Force in Syrian airspace is unlawful since neither Damascus, nor the United Nations have given London the green light to bomb Syrian territory, Assad said.