Britain has not ruled out airstrikes in Syria – Downing Street 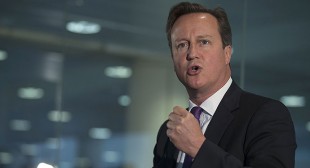 Prime Minister David Cameron is supportive of President Obama’s decision to authorize US airstrikes against Islamic State (IS) militants in Syria, Downing Street has confirmed.

While UK government officials claim there are currently no plans for Britain to engage in airstrikes in Syria, such military action has not been ruled out in the future.