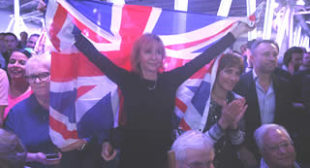 The debate about whether to Remain in or Leave the European Union has been spiced up by Lord Howell of Guildford, who in his own words “decided to add some salt and pepper to the Brexit meal.”

Speaking at an In-Out debate, organized by the University of Kent, Lord Howell told the assembled audience of politicians,