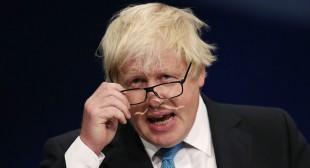 Johnson has also said the government’s claim there are 70,000 moderate rebel ground troops willing to work with British armed forces may be “exaggerated.” These troops, he wrote, may include jihadists who are ideologically aligned with al-Qaeda.