Beware what you wish for: Russia is ready for war 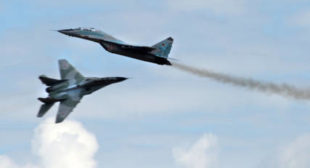 So foreign ministers from the 28 NATO member-nations met in Brussels for a two-day summit, while mighty military power Montenegro was inducted as a new member.