Betting on the Wall Street Crash 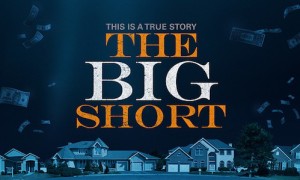 The 2008 Wall Street crash resulted from a combination of unrestrained greed and political contempt for government regulators who might have prevented the devastation. In The Big Short, the tale is told from the perspective of a few players who saw the inevitable and made money on the crash, writes James DiEugenio.

If you read Michael Lewis’s book The Big Short or see the movie by the same name, you won’t find much about how the financial crisis of 2008 was set in motion more than two decades earlier.