Bernie, the Little Bird, and What May Be Our Last Best Chance to Get It Right 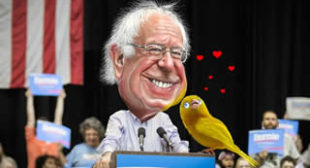 Why vote for timid incrementalism at a time when the people are restless for bold transformational change? Take heart, Sanders supporters. We’re down, but we’re not out.

Bernie’s difficult path to the nomination just got a little rockier, but it’s still three months to the Democratic National Convention in Philadelphia. If there’s anything I’ve learned from my years in presidential politics, it is to expect the unexpected, and that three months is an eternity in a political campaign. Anything can happen.