Berlin not accusing Moscow of interfering in elections – German FM 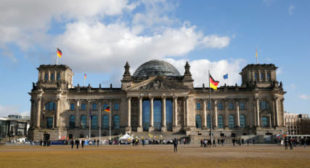 Berlin is not accusing Russia of interfering in the electoral process in Germany and the creation of fake news, German Foreign Minister Sigmar Gabriel has told a press conference in Moscow.

When asked by a reporter to comment on German media allegations that Moscow was behind the creation of fake news and alleged interference in the country’s electoral process, Gabriel said the government would not make such claims.