‘Be careful about what you believe’ – Ken Livingstone on US, UK media bias & lies 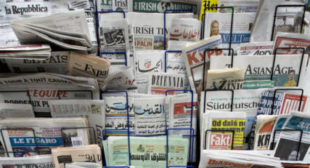 Today it seems like we are in another Cold War. It was breathtaking to watch our PM Theresa May immediately blaming Russia for the poisoning of the Skripals before the police had conducted their investigation into the evidence. Growing up after the Second World War our news was dominated by the threat from the Soviet Union, but when the Soviet Union dissolved in 1991 I don’t think anyone could have guessed that just over two decades later we would be once again talking about the threat from Russia.