Back to Nazi Regime? Austrian Bar Bans Refugees From Entry 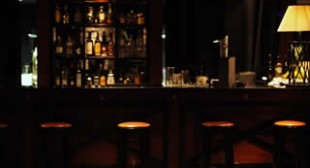 After an Austrian bar announced that it was “free of refugees,” with people expressing their outrage on social networks, claiming that such measures reminds them of the Nazi regime.

A local bar in the small town of Bad Ischl, Austria, has banned asylum seekers from entry and has caused outrage among the local population, media reported.