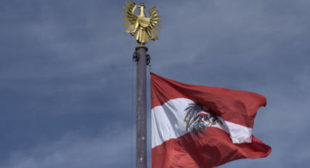 This is not the first episode involving the attaché, who has been summoned by Austria’s Foreign Ministry, as he had previously posted a photo of his grandfather in a Nazi uniform with a swastika on social media. Austrian Foreign Minister Karin Kneissl has summoned Juergen-Michael Kleppich, an attaché from the country’s embassy in Israel, “to clarify the circumstances and to submit to a legal probe into the accusations in the media,” the ministry’s spokesman Thomas Schnoll said.