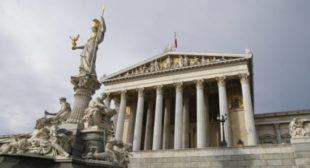 Vienna chose not to expel Russian diplomats as a response to the poisoning of double agent Sergei Skripal, saying it wants to keep dialogue with Moscow open. Some European opposition figures say the move will only create problems. Despite more than a dozen European nations expelling Russian diplomats over the Skripal case, not every nation or politician is on board. Dissenting voices are starting to be heard, including that of the Austrian government.