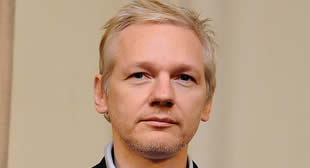 WikiLeaks founder, Julian Assange, has said he’ll stand by his promise to be extradited to the US following Chelsea Manning’s commutation, while promising a “big publishing year ahead.”

In a press conference broadcast on Periscope on Thursday, Assange said he “stands by everything I said including the offer to go to the United States if Chelsea Manning’s sentence was commuted.”