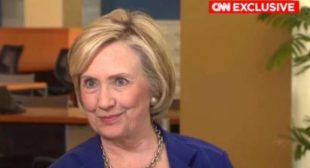 “We are in till the last ballot is cast,” says Sanders. “There is no way that I won’t be [nominated],” says Clinton.

Bernie Sanders has reiterated his promise to stay in the presidential race until the Democratic convention in July, and is throwing his weight behind a number of progressive initiatives in California as the state’s primary approaches there on June 7.