Amid Fundraising Surge for Sanders, Are Clinton ‘Panic Attacks’ Backfiring? 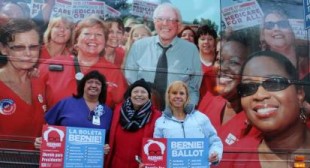 As a new poll out Thursday shows Bernie Sanders practically tied with Hillary Clinton in Iowa, the Vermont senator’s campaign is reporting a surge of donations in response to the former Secretary of State’s “panic attacks” earlier this week.

“As of now, we are at about $1.4 million raised since yesterday when the panic attacks by the Clinton campaign began,” said Sanders spokesman Michael Briggs on Wednesday afternoon.