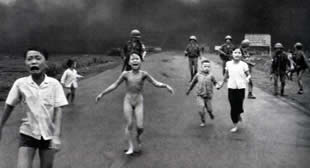 Americans have a remarkable tolerance for child slaughter, especially the mass murders of the children of others. This emotional indifference manifested itself vividly after the disclosure of the My Lai Massacre, when dozens of Vietnamese infants and children were killed by the men of Charlie Company, their tiny corpses stacked in ditches. After the trial of Lt. William Calley, more than 70 percent of Americans believed his sentence was too severe. Most objected to any trial at all. In the end, Calley ended up serving less than 4 years under house arrest for his role in the execution of more than 500 Vietnamese villagers. More