Airstrikes against ISIS in Syria “illegal” without Assad’s OK – report 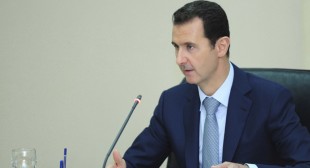 UK airstrikes against Islamic State extremists in Syria could be illegal without the agreement of President Bashar Assad’s government or a UN Security Council resolution, according to a House of Commons Library assessment.

Prime Minister David Cameron will recall MPs to parliament to outline his plans for deeper military intervention in Iraq and Syria when he returns from the UN General Assembly in New York next week.