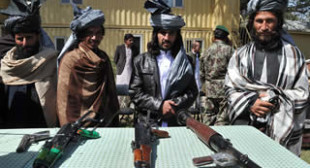 Washington and its allies created the Islamist Frankenstein with their own hands: over the decades radical Muslim ‘agents of destruction’ have formed the belt of instability which stretches across the MENA region to Central Asia and beyond. But how did it all begin?

Back in December 1979 the USSR deployed a limited contingent of Soviet troops in Afghanistan in response to repeated requests from the Afghani government.