A Gift of Culture to Battered Palmyra 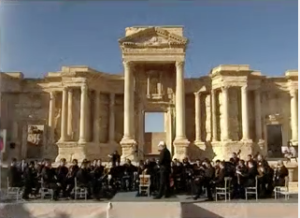 In an extraordinary act of culture and courage, a Russian orchestra performed in the ancient Syrian city of Palmyra recently liberated from the Islamic State, but Western media mocked the event, notes Gilbert Doctorow.

Even those with a limited knowledge of Russia may be credited with having heard of St. Petersburg being called the Venice of the North.