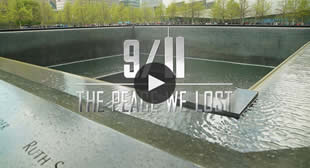 15 years ago, an unprecedented terror attack shook America to its core.

Everyone remembers where they were the day hijacked passenger planes slammed into the World Trade Centre.

We all watched in awe as the Twin Towers crumbled to dust, live on TV. Those events shocked the world and made Americans re-evaluate their beliefs and values.

It marked the dawning of a new reality in America, both within its borders and far beyond. The war on terror became the nation’s foreign policy centrepiece and at home, tightened security measures conferred ever greater powers on law enforcement agencies

People’s attitudes changed too. Americans today admit they became more suspicious of each other, aware of a constant pressure to be vigilant and always on guard. Personal freedoms were sacrificed in the name of security.

Related: Mothers of Beslan school siege victims write a letter to the terrorist responsible for their childrens’ deaths

After 15 years, the wounds are still far from healed and even now the death toll continues to rise as many first responders, who tried to save lives from the rubble of ground zero, later developed terminal respiratory diseases. The 9/11 aftermath reshaped reality in modern-day American. RT Doc visits the U.S. ahead of the 15th anniversary to ask ordinary Americans how their lives changed and how they see their future.

Watch this film in Russian