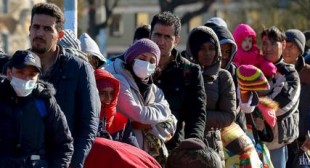 More than four in five Germans believe Chancellor Angela Merkel’s government isn’t controlling the refugee crisis, and welcome tougher measures to deal with it, a poll by ARD Deutschlandtrend has suggested.

The vast majority of the country’s citizens disagree with Merkel’s refugee policy, according to the poll conducted last weekend.