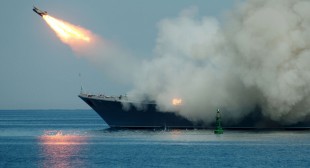 “On November 20, the warships of the Caspian Fleet launched 18 cruise missiles at seven targets in the provinces of Raqqa, Idlib and Aleppo. All targets were hit successfully,” he said.