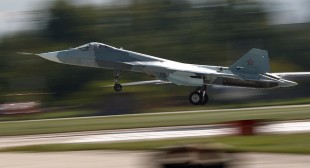 Since 2003, Moscow has watched with infinite patience as US-led forces have steadily steamrolled a path of chaos and carnage across a large swath of Central Asia, the Middle East and North Africa. This year Vladimir Putin drew a line at Syria.

In an age when diplomats regularly correspond with each other behind the cold cover of firewalls and Twitter accounts, Moscow’s method of informing its US partners that it would start bombing operations in Syria was reminiscent of a gesture from a more chivalrous era.