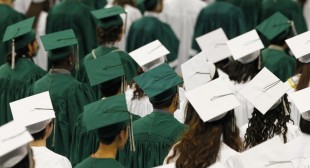 The Russian government has decided to pull out of a major student exchange program with the US. The American side apparently violated the terms and conditions, with a Russian schoolboy not returning home, having been adopted by a gay couple.

The Ministry of Foreign Affairs presented a note to the US Embassy in Moscow, saying that the country is canceling the largest US-Russian educational exchange program, FLEX 2015-2016.