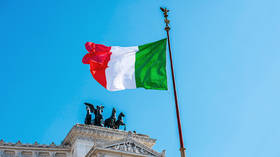 Italy is planning to formally back China’s multi-trillion-dollar Belt and Road Initiative (BRI). It would become the first G7 nation to join the ambitious project which promises to significantly boost global trade. Rome is preparing to sign a memorandum of understanding to officially support the project, championed by Chinese President Xi Jinping, by the end of March, according to Michele Geraci, undersecretary in Italy’s Ministry of Economic Development as quoted by FT.