Will We Miss President Obama? 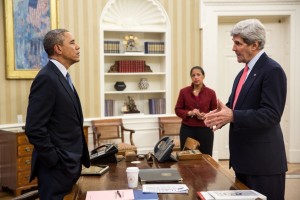 President Obama doesn’t take on Official Washington’s powerful neocons head-on, but he does drag his heels on some of their crazy schemes, which is better than America can expect from Hillary Clinton.

From a “realist” perspective, there are plenty of reasons to criticize President Barack Obama’s foreign policy, particularly his timidity in facing down Official Washington’s dominant neoconservatives and liberal interventionists on Afghanistan, Libya, Ukraine and even Syria – but he also has done more to steer the country away from additional military disasters than other establishment politicians would have.