What Will The Democratic Party Stand for in 2016? 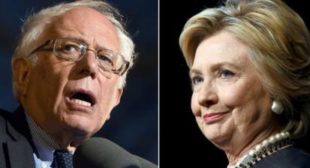 Last week made clear that Bernie Sanders won’t be the Democratic nominee. But a meeting of the Democratic Platform Committee in Washington also made it clear that the Vermont senator will wield considerable influence over the party’s future.The primary season developed into a fight for the future of the Democratic Party, with Sanders channeling the concerns of many younger, liberal voters, and Hillary Clinton often associated, rightly or wrongly, with her husband’s policies and those of the Democratic establishment.