West’s reaction to Turkish invasion – an exercise in hypocrisy 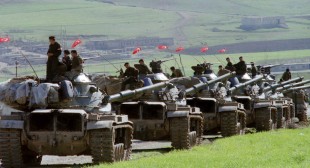 Just days ago, the mainstream Western press was so concerned about the “possible breach of Turkish airspace” for a few seconds by a Russian airplane, that it was ready to justify not only the downing of the jet, but even the murder of one of the pilots.

London’s The Daily Telegraph wrote: “Should Turkey produce evidence to show that the Su-24 was in its airspace then NATO must send the strongest message possible to Russia that such infractions will not be tolerated.