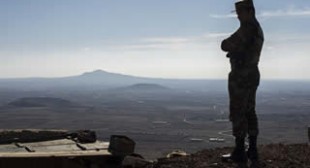 Wishing others a peaceful New Year would seem to be a straightforward greeting for people of goodwill. Not if you’re a top US government official. Peace? Yeah, well, it’s complicated.

This week US Secretary of State John Kerry reportedly phoned Russia’s Foreign Minister Sergei Lavrov to firm up the forthcoming peace negotiations supposedly aimed at bringing an end to the Syrian conflict.