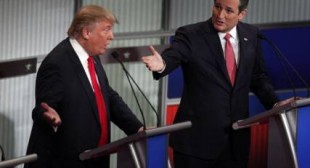 Viewers who suffered through the entire two and a half hours of the event last night were presented with a smorgasbord of soaring demagoguery, sneering ad hominem attacks, and occasional – seemingly accidental – detours into discussion of public policy.