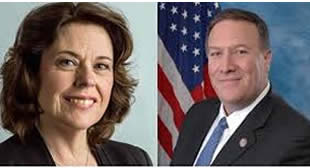 The declining human rights standards on display with the Haspel and Pompeo nominations are the latest in a long line of policy failures that include the Obama administration’s lack of prosecutions of Bush-era torture, Nat Parry notes.

President Donald Trump’s nominations of Gina Haspel to lead the CIA and Mike Pompeo to be America’s top diplomat are the latest indications of steadily eroding human rights standards in the United States and the rollback of the rule of law that has characterized U.S. counter terrorism policies since Sept. 11, 2001.