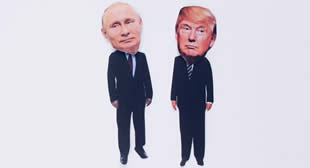 I’ve been consistently suspicious and critical of the “Russia conspiracy trap”.  At the same time, I am an historian and a journalist who always wants to know what happened, and who has, I hope, the decency not to close my mind in advance of the facts.  “The truth,” a Russian named Lenin is supposed to have said, “is always revolutionary.” It never serves the people’s cause for a Left commentator to get ahead of one’s empirical skis – or to pretend to know stuff one doesn’t know. More