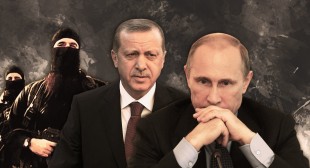 The first time a NATO member has downed a Russian plane in a half-century. Turkey has shot down a Russia jet, and the two pilots were reportedly killed. What will be the fallout of this, coming at this sensitive time on the war on Syria?

In this edition of the debate, we’ll discuss what possible motives Turkey would have by this act, and how this would impact the Vienna talks held over Syria crisis, and France’s push for coordinated action with Russia against the Deash terrorists.

1. A serious escalation between these 2 countries: the first time a NATO member has downed a Russian plane in a half-century. The two pilots were reportedly killed.

2. The shooting down of a Russian warplane is a “new crime” that will be added to the record of insurgent groups and the countries that finance and arm them.

5. President Vladimir Putin calls Turkey’s downing of a Russian fighter jet a stab in the back administered by “the accomplices of terrorists,” saying the incident would have serious consequences for Moscow’s relations with Ankara.

6. Stoltenberg, the head of the NATO military alliance of which Turkey is a member. “Need to avoid escalation #Turkey #Russia,”

7. The shooting down comes at an awkward time as French President Francois Hollande tries to include Russia in a coalition to take on the Daesh terror
group in Syria and Iraq in the wake of the deadly Paris attacks of November 13