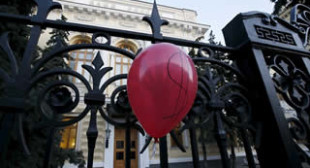 If western banks respond to Russia’s bond offering, which will become an additional source of revenue for its economy, it will be a fatal signal for the West and a political fiasco for the US and EU, according to western media.

Russia has announced plans to issue sovereign bonds worth $3 billion and has invited European, Chinese and US banks to bid for the issue.