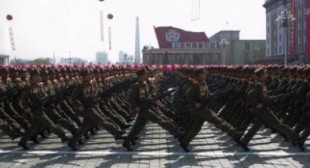 Since the 1990s, politicians have cited the threat of North Korea to demand funding for missile defense programs that became examples of government waste.
Republican politicians responded almost reflexively to the North Korean nuclear test on Tuesday by demanding more spending on missile defense programs that have historically proved ineffective at preventing an enemy strike — but are built by companies that have lavished policymakers with campaign cash and political support.