IMF allows lending to countries with arrears; Russia prepares to go to court over Ukraine debt 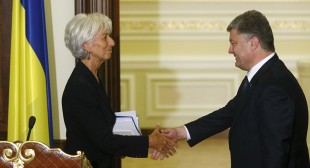 The International Monetary Fund has agreed to change its policy on lending to countries that are in arrears to other governments. With Ukraine being among the states that asks for financial aid while owing Russia, the move has angered Moscow.

“The IMF’s Executive Board met today and agreed to change the current policy on non-toleration of arrears to official creditors,” according to the IMF’s Chief Spokesman Gerry Rice statement emailed to RT on Tuesday.