Do or Die: If US Does Not Cooperate With Russia in Syria, It Will Fail 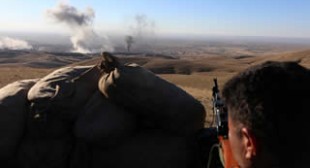 US’ decision to deploy military advisors to Syria is a violation of the country’s sovereignty, according to a political scientist.

Washington’s attempts to battle the Islamic State in Syria can only succeed if they coordinate their efforts with the Syrian government and Russia, chief of the foreign relations department at Syrian Ministry of Higher Education Akil Mahfud said.