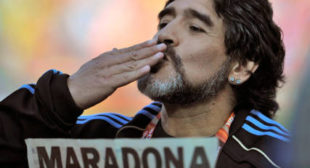 Putin is a phenomenon, Trump is a cartoon character – Maradona

Russian President Vladimir Putin is a phenomenon who can bring peace to many across the globe, football legend Diego Maradona told journalists in Moscow, adding that he views US leader Donald Trump as a cartoon character, who can’t be treated seriously. “I think that after [Hugo] Chavez and Fidel [Castro], Putin – together with [Ariel] […] 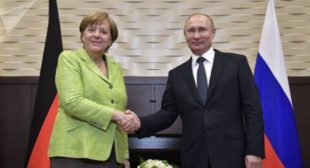 ‘Putin-Merkel Meeting Sends a Strong Signal to the World’

The very fact that Russian President Vladimir Putin and German Chancellor Angela Merkel have held negotiations after a long hiatus is a positive signal, Russian academic Vadim Trukhachev told Radio Sputnik, adding that Merkel’s visit to Sochi may have become a step toward lifting sanctions on Russia. 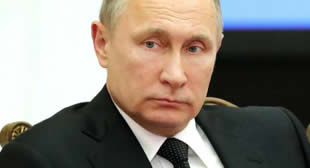 Putin says claims that Russia interfered in US elections are ‘lies’

Accusations that Russia interfered in last year’s U.S. elections are “lies” used for “domestic American politics,” Russian President Vladimir Putin said Thursday. “We said on numerous occasions and I reiterate that we are confident … and know for sure that opinion polls in the United States show that very many people are … friendly towards […] 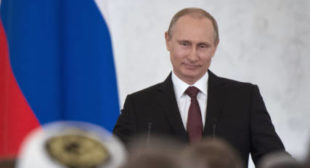 Putin ‘Would Take Same Decisions About Crimea’ Now as in 2014

Vladimir Putin would take the same steps concerning Crimea now, according to the Kremlin spokesman. Russian President Vladimir Putin is keeping the situation around Crimea under personal control and would not change his decisions even if there was such an opportunity, Kremlin spokesman Dmitry Peskov said Sunday. 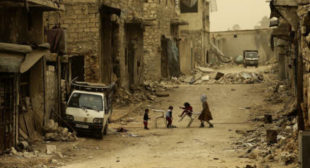 Referring to ongoing peace talks on Syria co-sponsored by Russia, President Vladimir Putin said the negotiations marked the beginning of “rebuilding” this war-torn country, as well as other conflict zones in the Middle East region. Already several rounds of talks have been held in Kazakhstan’s capital Astana between the Syrian government and opponents, under the auspices of Russia and Turkey. 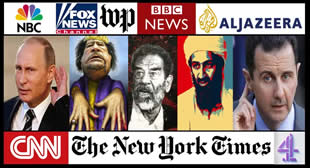 Putin’s Ears Must be Burning: a Report on the Banality of Propaganda

I sometimes wonder what Путин must make of the Western media obsession with him. Do his ears burn each day with all the new articles, broadcasts, social media mentions – the myriad voices, guided by the Western political and media establishments, speculating, characterizing, creating – “Putin”? 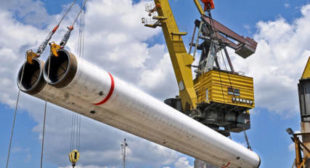 Russian President Vladimir Putin has signed a law on the ratification of the agreement with Ankara on the Turkish Stream gas pipeline. The lower house of the Russian parliament, the State Duma, ratified the agreement on January 20, while the upper house, the Federation Council, ratified the document on February 1. 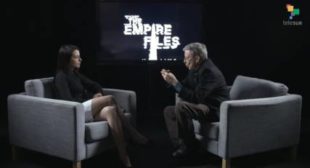 Leading scholar on US-Russia relations addresses the claim being trumpeted by politicians and media on both sides of the political spectrum that Russia is now the “number one” threat to the United States. Given the proxy wars in Syria and Ukraine, Dr. Cohen tells host Abby Martin that the real alarming danger today is “a […] 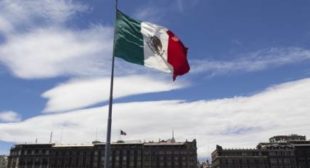 Russian President Vladimir Putin’s interference is necessary because “international organizations know what is happening in Mexico, but do nothing,” the author of a Spanish-language petition urging Putin to intervene in Mexico’s internal affairs to solve the country’s corruption problem told Sputnik Mundo. 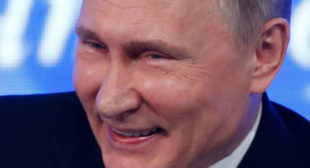 How EU could really hurt Putin: Invite Russia to join the Euro

Sanctions against Russia have failed to alter the Kremlin’s policies and actually increased popular support for Vladimir Putin. Now, there are growing calls for a change of tack. Like a lake reliant on multiple affluents, the individual headlines eventually morph into a whole. 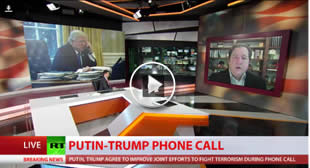 ‘Trump reached out to Moscow despite virtually entire Washington in opposition’

Donald Trump and Vladimir Putin’s first telephone conversation indicates a new chapter will be opened in US-Russia relations, as, by reaching out to Moscow, the US leader has shown he’s capable of overriding internal opposition, Daniel McAdams told RT. 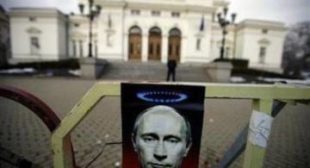 The Utter Stupidity of the New Cold War

It seems so strange, twenty-seven years after the fall of the Berlin Wall, to be living through a new Cold War with (as it happens, capitalist) Russia. The Russian president is attacked by the U.S. political class and media as they never attacked Soviet leaders; he is personally vilified as a corrupt, venal dictator, who […] 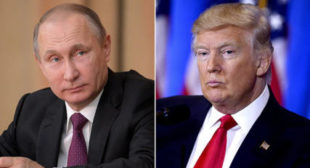 ‘Worse than prostitutes’: Putin slams those behind Trump ‘leak’

Russian President Vladimir Putin said he has no grounds to attack or protect US President-elect Donald Trump, since he does not know him personally. He added though that those behind the recent allegations against Trump have “no moral scruples.” 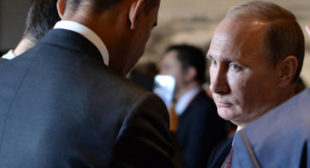 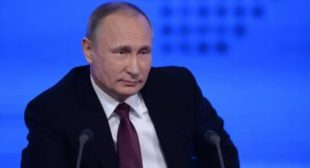 ‘Most Damaging and Embarrassing Answer We Could Receive,’ – Putin Shocks Experts

Russian President Vladimir Putin has responded to the outgoing US administration’s efforts to provoke conflict through new sanctions in what some are calling the “most embarrassing” way possible for US President Barack Obama.