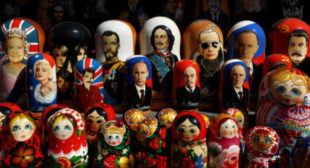 Starting around WWI, the US has experienced at least three waves of anti-Russia sentiment. What is unique about today’s Russophobia is that it’s not based on ideological differences, but rather raw political brinkmanship. When viewing particular chapters of American history since the turn of the 20th century, it becomes evident that US leaders have a tendency to believe, or feign to believe, that the American people are totally incapable of thinking for themselves.