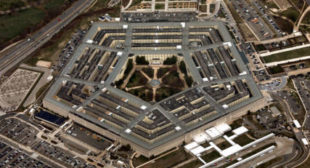 Comedian Lee Camp on his show Redacted Tonight recalls the first-ever audit of the Pentagon, which is taking 2,400 auditors to do the job, trying to understand where $21 trillion in unsupported adjustments went. In his show, Camp recalled that a couple of years ago professor Mark Skidmore of Michigan State University heard Catherine Austin Fitts, former Assistant Secretary in the Department of Housing and Urban Development, say that the Department of Defense Inspector General had found $6.5 trillion worth of unaccounted for spending by the Army in 2015.