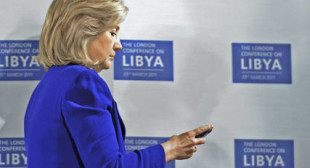 The FBI has tasked 147 agents to investigate whether former Secretary of State Hillary Clinton broke the law by storing classified information on a private email server during her time as the country’s top diplomat, according to a new report.

The Washington Post reported Sunday that the number of agents deployed was so large because the FBI was making sure that the probe could be resolved quickly, so not to leave any possible indictment too close to the November election, according to a lawmaker briefed by FBI Director James B. Comey.